It’s been a while I haven’t written anything. Accordingly, today might be a good time to start writing something. I will talk about one of the most popular tech meetup event in Thailand, “ReactBkk 3.0”.It took place on 24 June 2018. Why do I say the most popular? Because the tickets were sold in 12 seconds !. However, I’m one of that 12 seconds

. What I will write after this, It might have the only keyword in some topics because I couldn’t note all that speakers said and sometimes I lost focus. Anyway, let get started.

Start with the summary about React in 2018. They talked about 3 topics below

This topic they demonstrated how to build the static website with gastby.js. If you love React and love writing a blog. You should try this!

This is like the previous topic but they used next.js instead. If you don’t want to learn about GraphQL, you can try this one.

First time for GraphQL in production

They said about what should we take into account when we use GraphQL in production.

Now Kotlin has become popular in a couple of years. If you love Kotlin and love React. JetBrains guys don’t disappoint you. They provide a way to use Kotlin with React. Just a simple command

In addition, Clojure also loves React. You can use Clojure along with React as well. They defined Clojure following theses keywords,

They also gave some interesting things for a beginner

For Thai people, if you want to use React with Clojure

Mobx, one of the state management library which might be easier to start than redux. I’ve not tried it but it’s interesting, isn’t it?

In the world of animation, these keywords might be useful 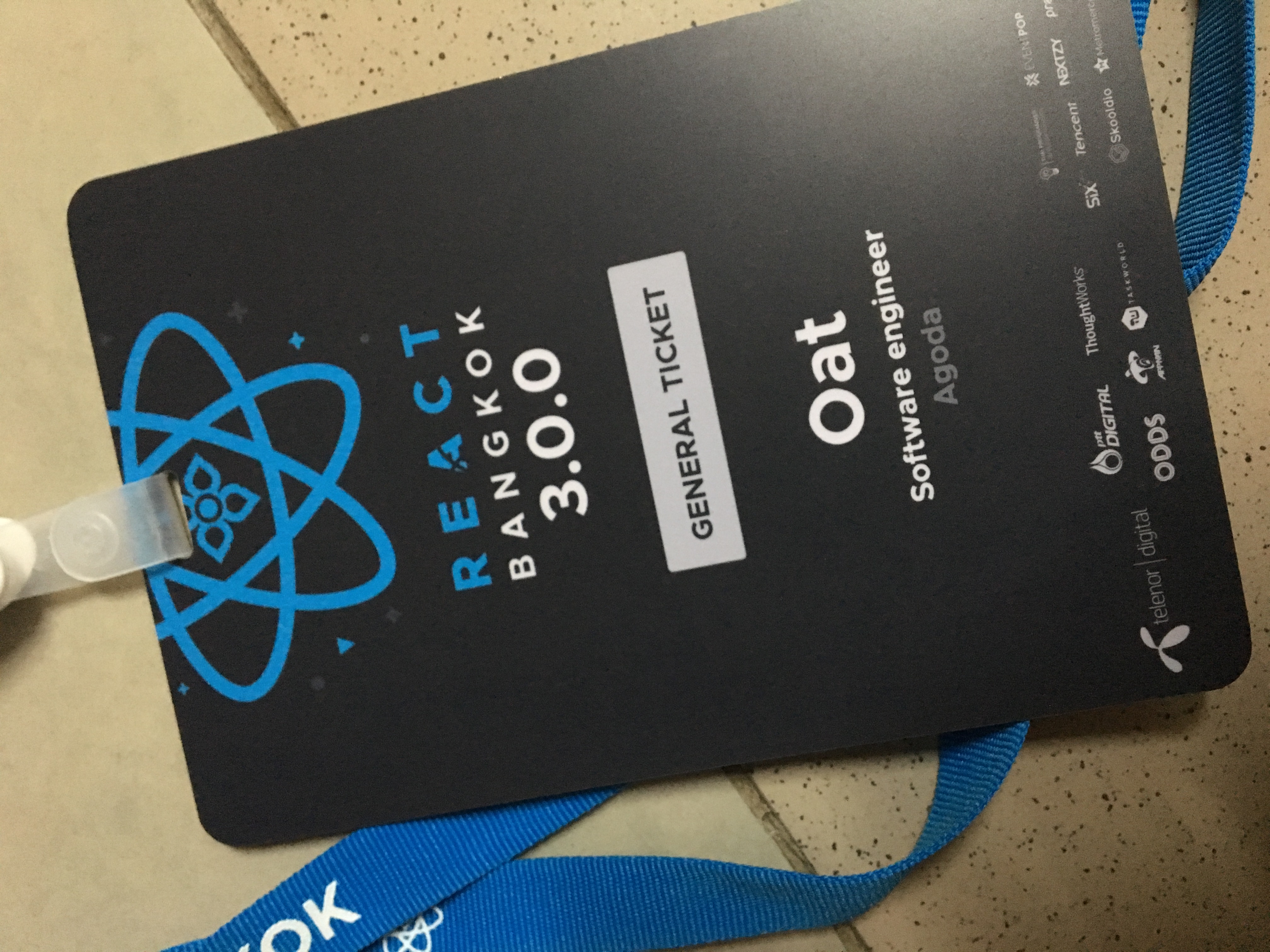